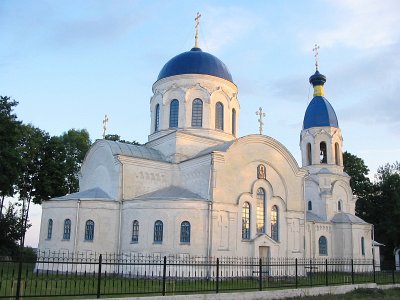 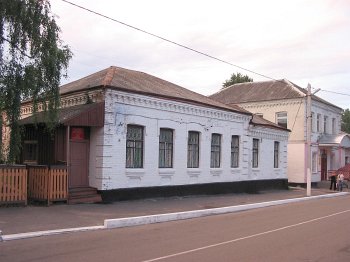 Prior to 1500 the history of Pietrykaŭ is that of the Principality of Turov and Pinsk. Thus it passed under control of the Kingdom of Galicia–Volhynia in the early 1200s, and was devastated in 1240 by the Mongols, and thereafter remained under the titular control of the Golden Horde until it joined the Grand Duchy of Lithuania in the early 1300s, just before Poland conquered the Kingdom of Galicia–Volhynia in 1349. In 1502 and 1521 the area was attacked by Tatars from the newly independent Crimean Khanate.
The first written mention of Pietrykaŭ goes back to the year 1523, where the community was under the Olelkovich family's Duchy of Slutsk–Kapyl, part of the Grand Duchy of Lithuania. The city became part of the Polish–Lithuanian Commonwealth in 1569, and so remained until its annexation by the Russian Empire at the second partition of Poland in 1793. Pietrykaŭ was administratively placed in the Mazyr District (Mozyr uezd) of Minsk Governorate. By the 19th century it had come under the control of the Chodkiewicz noble Russian family.
In 1900, Pietrykaŭ was located in the area of the Russian Empire that allowed resident Jews, and had a Jewish community of 2,151 people, 38.8% of the total population. The town was occupied by the Germans in World War I. It was occupied by the Poles in 1920-1921, during the Polish-Soviet War. Pietrykaŭ received its status as a town in 1923. During World War II the town was occupied by the Germans, and the Jewish community was exterminated.
Pietrykaŭ was taken from the Germans on 30 June 1944 as part of Operation Bagration by the soldiers of the 55th Mozyr Red Rifle Division of the 61st Army of the 1st Belorussian Front and sailors of the 20th Brigade of the Dnieper Flotilla. More than 3,000 casualties were suffered by the Soviet troops during the battle for Pyetrykaw.