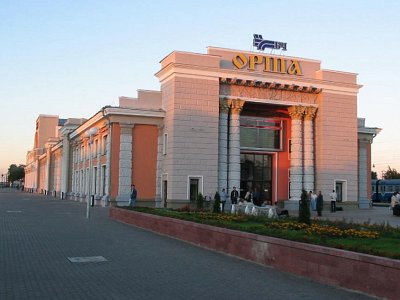 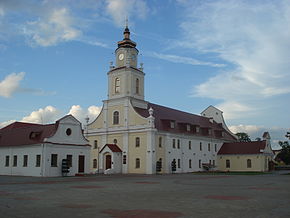 Orsha was first mentioned in 1067 as Rsha (Russian: Рша), making it one of the oldest towns in Belarus. The town was named after the river, which was originally also named Rsha, probably from a Baltic root *rus 'slowly flowing. During the First World War, the city was occupied by German forces in February–October 1918. From February 2, 1919, Orsha became a part of Homyel region (Vitebsk region, 1920) of Soviet Russia. After the formation of the Soviet Union, it was transferred to the Byelorussian SSR in 1924. The population before World War II was about 37,000. The city was occupied by Germany on July 16, 1941. The occupiers founded several concentration camps in the city, where an estimated 19,000 people were killed.