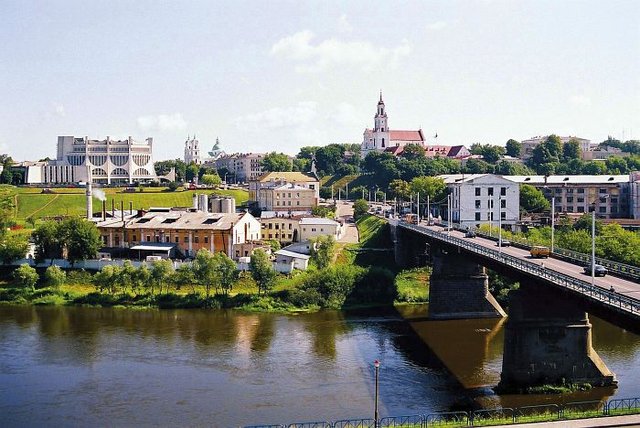 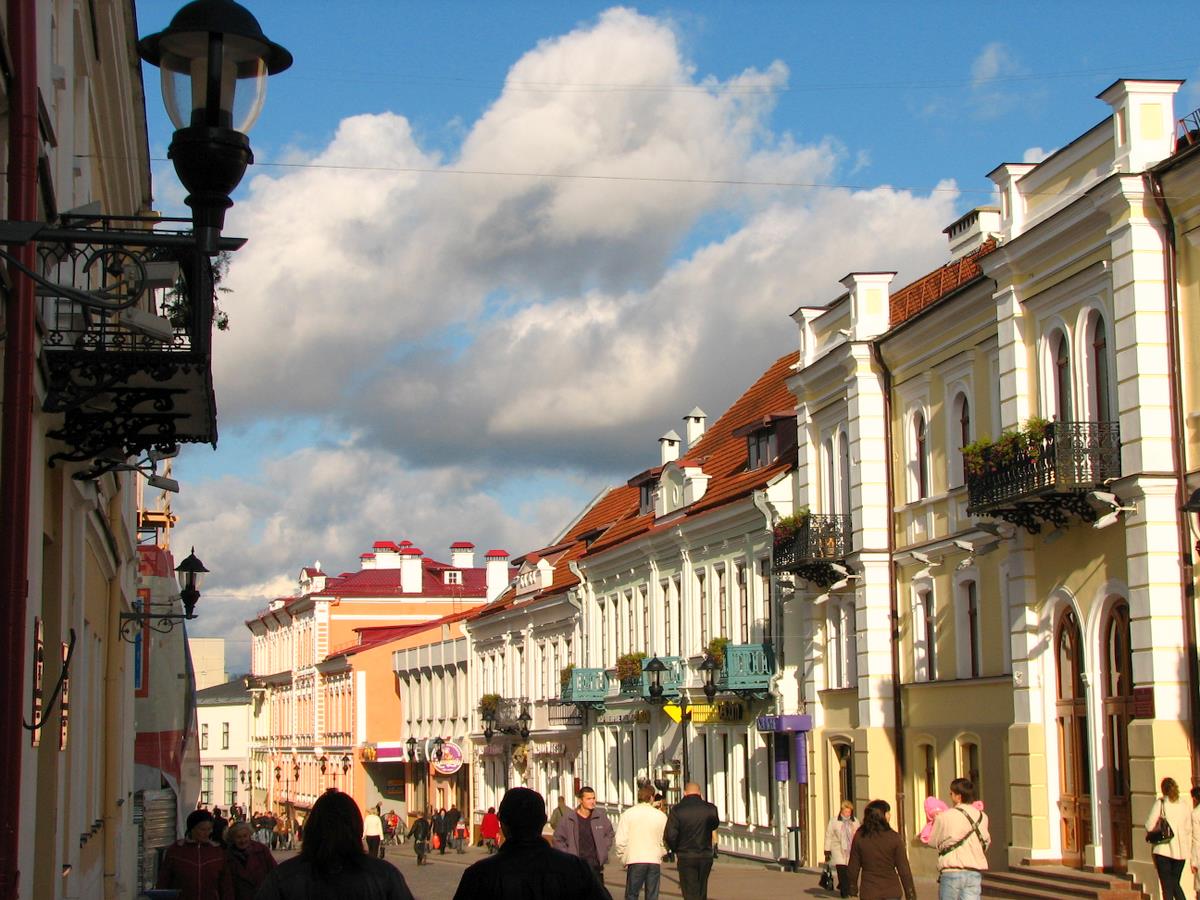 Mentioned in the Primary Chronicle under 1127 as Goroden' and located at a crossing of numerous trading routes, this Slavic settlement, possibly originating as far as the late 10th century, became the capital of a poorly attested but separate principality, ruled by Yaroslav the Wise's grandson and his descendants.
To aid the reconstruction of trade and commerce, the grand dukes allowed the creation of a Jewish commune in 1389. It was one of the first Jewish communities in the grand duchy. In 1441 the city received its charter, based on the Magdeburg Law. After the First Partition of the Polish–Lithuanian Commonwealth, Grodno became the capital of the short-lived Grodno Voivodeship in 1793.[citation needed]
As an important centre of trade, commerce, and culture, Grodno remained one of the places where the Sejms were held. Also, the Old and New Castles were often visited by the Commonwealth monarchs including famous Stephen Báthory of Poland who made a royal residence here. In 1793 the last Sejm in the history of the Commonwealth occurred at Grodno. Two years afterwards, in 1795, Russia obtained the city in the Third Partition of Poland. It was in the New Castle on November 25 of that year that the last Polish king and Lithuanian grand duke Stanisław August Poniatowski abdicated. In the Russian Empire, the city continued to serve its role as a seat of Grodno Governorate since 1801. The industrial activities, started in the late 18th century by Antoni Tyzenhaus, continued to develop.
During the Polish Defensive War of 1939 the garrison of Hrodna was mostly used for the creation of numerous military units fighting against the invading Wehrmacht. In the course of the Soviet invasion of Poland initiated on September 17, there was heavy fighting in the city between Soviet and improvised Polish forces, composed mostly of march battalions and volunteers.[3] In the course of the Battle of Grodno (September 20–September 22), the Red Army lost some hundred men (by the Polish sources; by the Soviet sources - 57 killed and 159 wounded) and also 19 tanks and 4 APCs destroyed or damaged. The Polish side suffered at least 100 killed in action, military and civil, but losses still remain uncertain in detail (Soviet sources claim 644 killed and 1543 captives with many guns and machine guns etc. captured). Many more were shot in mass executions after being imprisoned. After the engaged Polish units were surrounded, the remaining units withdrew to Lithuania.
In accordance with the Molotov-Ribbentrop Pact the city was transferred to the Belarusian SSR of the Soviet Union, and several thousand of the city's Polish inhabitants were deported to remote areas of the Soviet Union. On June 23, 1941 the city came under German occupation that lasted until 16 July 1944. In the course of World War II, the majority of Hrodna's remaining Jews were exterminated in German concentration camps.
Since 1945 the city has been a centre of one of provinces of the Belarusian SSR, now of the independent Republic of Belarus. The majority of Poles were expelled or fled to Poland 1944-1946 and 1955-1959.