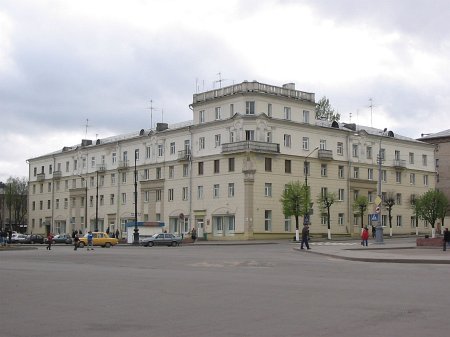 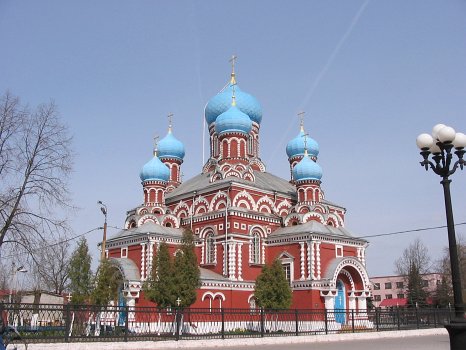 Borisov is first mentioned in Laurentian Codex as being founded (as Borisov) in 1102 by Polotsk prince Boris Vseslavovich. During the next couple of centuries it was burned and then rebuilt slightly south of its original location.
At the end of thirteenth century it became a part of the Grand Duchy of Lithuania. In 1569 (after the Union of Lublin) it became part of the Polish–Lithuanian Commonwealth, and then became part of the Russian Empire in 1793 as a result of the Second Partition of Poland).
On 22 January 1796 the town's arm of coats was established (decree #17435) by Stanislaw August, the top half containing the coat of arms of Minsk, while the lower half had two stylized towers on a silver background with a passage between them and Saint Peter above the towers holding a key in his hand. At that time, Barysaŭ was an uyezd town.
In 1812 Napoleon's troops were defeated while crossing the Berezina river, with some of the action taking place at the nearby Hospital Heights. This event was reenacted by medieval military amateurs during town festivals. A cannon from the Napoleonic era is kept near town's museum.
In 1871, the railway between Brest and Moscow passed near Barysaŭ, and a station was built there. In 1900 the area around the station was annexed to Barysaŭ. In November 1917 the area became a part of the Soviet Union but was occupied by Germany and then Poland from 1918 until 1920 after which the Belarusian Soviet Socialist Republic was established.
During World War II, Barysaŭ was occupied by Nazi Germany from July 2, 1941, to July 1, 1944, and most of the city was destroyed. More than 33,000 people were killed in six death camps which were constructed around the town.
Since May 1948 the city has been home to the headquarters of the 7th Tank Army, which became the 65th Army Corps and then the North Western Operational Command of the Armed Forces of Belarus in 2001.