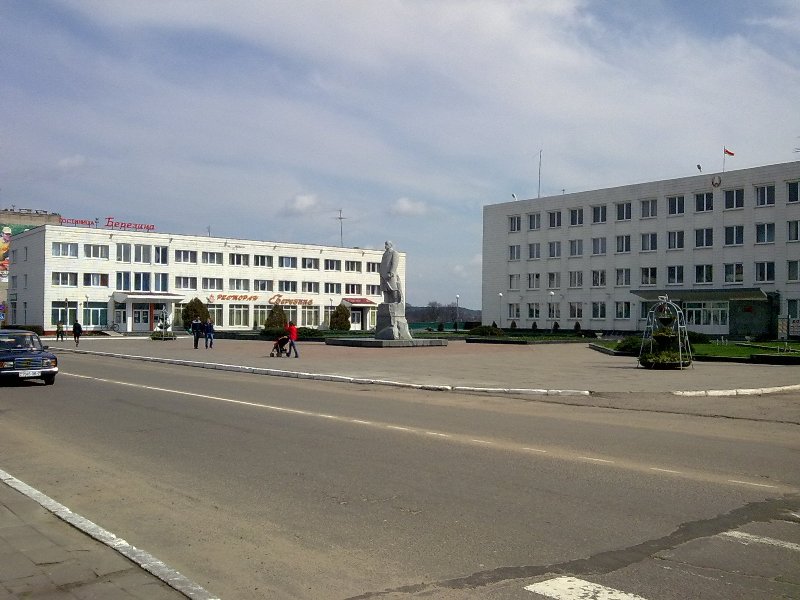 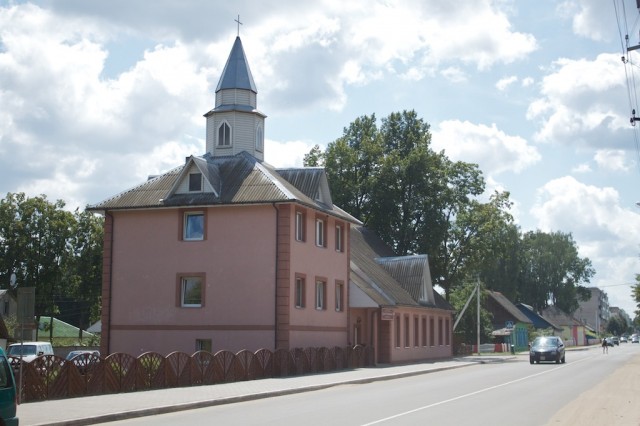 Although there are no documented points to determine the original founding date of the settlement on the territory of the present Berazino, it is believed that it originated as a trading post on the River Berezina which was part of the historic route "from Varyags to Greeks" of the Kievan Rus. The first chronicles of a settlement date from 1501, which is believed to be the present date of its founding.
During the middle of the 16th century, the city belonged to one of the mightiest dynasties of the Great Duchy of Lithuania - the Sapieha Family, who controlled many other territories in Central Belarus. In 1641 the Duke Kazimierz Leon Sapieha built a wooden Catholic Church which became one of the central attractions of the town. In the course of the Russo-Polish War (1654–1667) the city was captured by Russian-Cossack forces in 1655, but was taken away from them and in 1661 became part of the Minsk Voivodeship.
During the Northern War in 1708, upon Charles XII's attempt to storm into the Rzecz Pospolita, releasing the Russian/Rzecz Pospolita blockade in neighbouring Barysaw, the Swedish king used Berazino to cross the Berezina River instead, however the conquest ended with the Battle of Poltava further south.
In 1793 the town was annexed by Imperial Russia as part of the Second Partition of Poland. There are different versions of who owned the town after the Sapieha Family. The most logical version by berezino.net is that Sapieha owned the town until partition took place in 1793, and Berezino was granted by emperess Ekaterina II to Ludwik Count Tyszkiewicz. From him, the Berezino estate went to his daughter Anna Tyszkiewicz (married 1st time Potocka, 2nd time Wasowicz.) Anna Tyszkiewicz-Potocka-Wasowicz should be remembered in Berezino particularly well since she resuscitated the Roman Catholic Church in 1803, and built the Palace well before 1850. She tried to revive the Berezino region economically by starting a carpet factory in Horenichi village, but the investment didn't survive for long. The town was under French/Polish command in 1812 during Napoleon's Eastern Campaign, where his failed advance on Moscow was defeated fully by the forces of General Barclay de Tolly in early 1813. The town was in Potocki (pronounced Pototski) family possession well until June 1920, when the Bolshevik Red Army attacked Poland and subsequent peace treaty changed the Soviet-Polish borders as the place become part of Soviet territory. Last owner of Berezino was Antoni-Ludwik Count Potocki.
During the latter half of the 19th century, the town profited from its geographical position and in 1897 was noted to have 4871 residents, of which 3377 were Jews. By the start of World War I, it became a large river port which loaded goods (mostly salt and timber) and shipped them down the river to the Baltic Ports. Also the liquor and alcohol industry began to be developed, including the Potocki's Vodka Distillry (est. 1893). It is considered the brilliant investment by Potocki family---to date, the most profitable enterprise, supplying much of the town budget and tax revenues.
In the aftermath of the Russian Revolution of 1917, the town changed hands several times, including German and Polish armies during the Russian Civil War and the Polish-Bolshevik War. Finally on June 7, 1920 Berazino became part of the Byelorussian Soviet Socialist Republic. From June 17, 1924 as a separate raion centre in the Barysaw District and in June 1927 - Minsk District. Eventually the town grew, and on 15 February 1938 became part of the Mogilev Province. During that time, mass industrialisation took place, and the position of the river port allowed a development of shipbuilding, wheel, textile and liquor factories, as well as smaller workshops for automobiles and wood fabrics. The population also rose from 2,968 in 1930 to 4,800 in 1939. During World War II, the city was occupied by Nazi Germany, which completely changed the town's make-up by killing all Jews, and was liberated by the 2nd Byelorussian Front on 3rd of July 1944 during operation "Bagration". In September of that year the town became part of the Berazino raion of Minsk Province, and on July 7, 1968 became a city. Presently, the town occupies an area of 1.9 square kilometres and its population is 13.3 thousand people (1998).