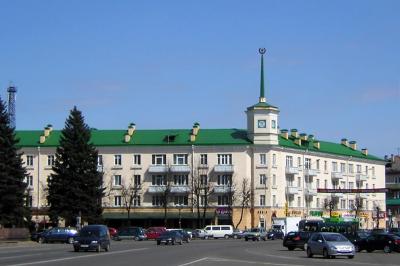 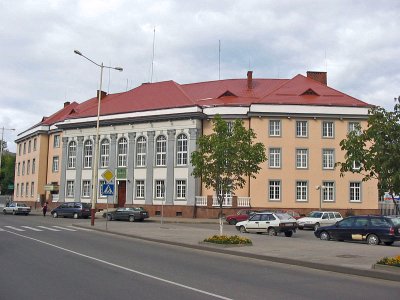 The village of Baranowicze, as it was originally called, was first mentioned in 1706 as a private property of a Polish family named Rozwadowski. In the late 18th century, in the effect of the Partitions of Poland, the town became part of the Russian Empire. In the 1870s the locality became an important railway junction, on the crossing of the Warsaw-Moscow and Vilnia-Lviv lines, and was renamed Baranovichi after the Baranovich family. Soon the village started to grow, and by 1883 it became a town of almost 2,000 inhabitants. By 1897 the population of the town had risen to 4,600 inhabitants (ca. 50% Jews). At the beginning of the First World War it was chosen as the location of the Stavka, which was removed to Mogilev in August 1915.
During the Polish-Soviet war it was reclaimed by Poland. In 1919 it received city rights. In 1921 Baranowicze had over 11,000 inhabitants (67% Jews, with the rest being mostly Belarusians, Poles and Russians). Soon the city started to grow and became an important centre of trade and commerce for the area. The city's Orthodox cathedral was built in the Neoclassical style in 1924-31; it was decorated with mosaics that had survived the demolition of the Alexander Nevsky Cathedral, Warsaw. The city was also an important military garrison, with one KOP Cavalry Brigade, 20th Infantry Division and the Nowogródzka Cavalry Brigade stationed there. Because of the fast growth of local industry, in 1938 a local branch of the Polish Radio was opened there. In 1939 Baranovichi had almost 30,000 inhabitants and was the biggest and the most important city in the Nowogródek Voivodship.
Soon after the beginning of World War II the control of the city was gained by the Soviet Union. The local Jewish population of 9,000 was joined by approximately 3,000 Jewish refugees from the Polish areas occupied by Germany. After the start of Operation Barbarossa the city was seized by the Wehrmacht on June 25, 1941. In August of the same year a ghetto was created in the city, with more than 12,000 Jews kept in tragic conditions in six buildings at the outskirts. Between March 4 and December 14, 1942, the entire Jewish population of the ghetto was sent to various German concentration camps and killed in gas chambers. Only approximately 250 survived the war. The city was liberated by the Red Army starting July 6, 1944. Significant part of the Polish population of the city had been expelled to Siberia and Kazakhstan. After World War II the city became part of the Soviet Union and the Byelorussian SSR and started to be referred to under its Russian name of Baranovichi. In this time an intensive industrialization took place. In 1991 it became part of independent Belarus.